About COPD and Cachexia

COPD patients often lose weight due to reduced food intake owing to diminished appetite as well as increased energy consumption both at rest and during activity due to laboured breathing. It may also be associated with systemic inflammation and increased protein metabolism, which is collectively referred to as pulmonary cachexia syndrome. A consequence of this is reduced muscle strength. Studies show that between 27-37% of COPD patients have cachexia [1]. Low weight and low fat-free mass are associated with a poor prognosis of COPD.

It is recommended that malnourished patients with COPD follow an energy-dense diet rich in protein and take high doses of the marine fatty acids EPA and DHA. Nutritional treatment should be initiated in patients at risk of undernutrition as well as those already underweight (with a BMI below 21) and those who, regardless of weight, experience sudden weight loss. 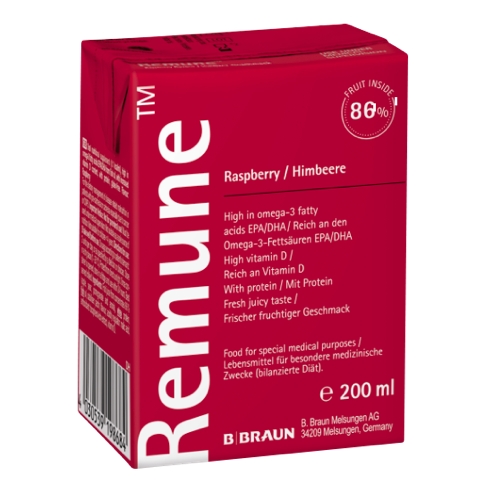 Remune is a Food for Special Medical Purposes for the dietary management of...