In the industrialised world, there is a rising prevalence of lifestyle-related diseases like type II diabetes, cardiovascular disease and obesity. Approximately 25% of the adult population have a condition called metabolic syndrome[1], a cluster of conditions that occur together[2]:

Taken together, these conditions increase the risk of heart disease, stroke and type II diabetes [3].

Prevention and treatment of metabolic syndrome include physical activity and a diet change.

Resolve and important nutrients for a healthy metabolism

The omega-3 fatty acids EPA and DHA anti-inflammatory properties have a positive effect on atherosclerotic development as well as blood lipids [4] [5], and several studies have shown the protective role of omega-3 in the development of cardiovascular disease[6] [7]. In addition, studies have shown that dietary intake of EPA and DHA leads to improved insulin sensitivity[8] [9] [10] [11], reduced blood glucose and a reduced risk of type II diabetes[12] [13] [14]. Some studies also show that EPA and DHA may have a role in reducing fat mass in obese people[15].

Beta-glucans, a type of fibre from oats, have a number of benefits in the treatment and prevention of metabolic syndrome, due to their cholesterol-lowering effects[16], as well as their effect on plasma glucose after a meal[17]. In addition, the fibres increase satiety, and can thereby contribute to a reduced risk of overweight.

Vitamin D is a nutrient that can be added through the diet, but it is also formed in the skin when exposed to the sun. Most people do not have a vitamin D deficiency, but many do not have an optimal level of the vitamin. Low levels of vitamin D are associated with insulin resistance, high serum levels of insulin and increased risk of developing type II diabetes [18] [19] [20] [21] [22] [23] [24]. 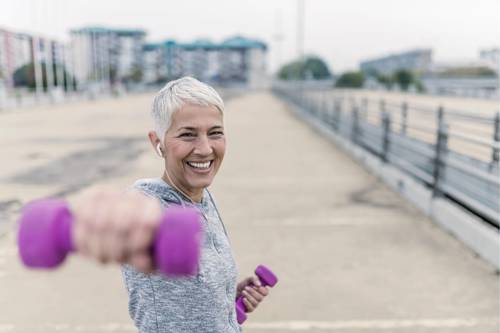 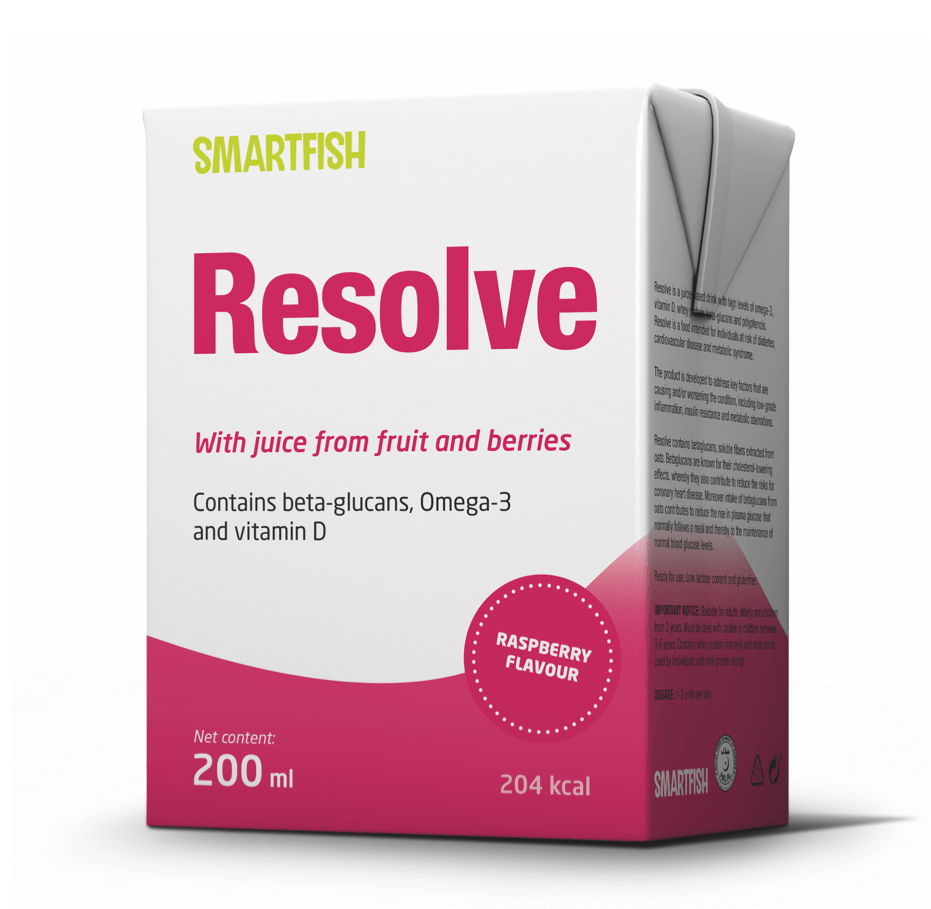 Resolve is a juice-based drink with high levels of omega 3, vitamin D, whey...